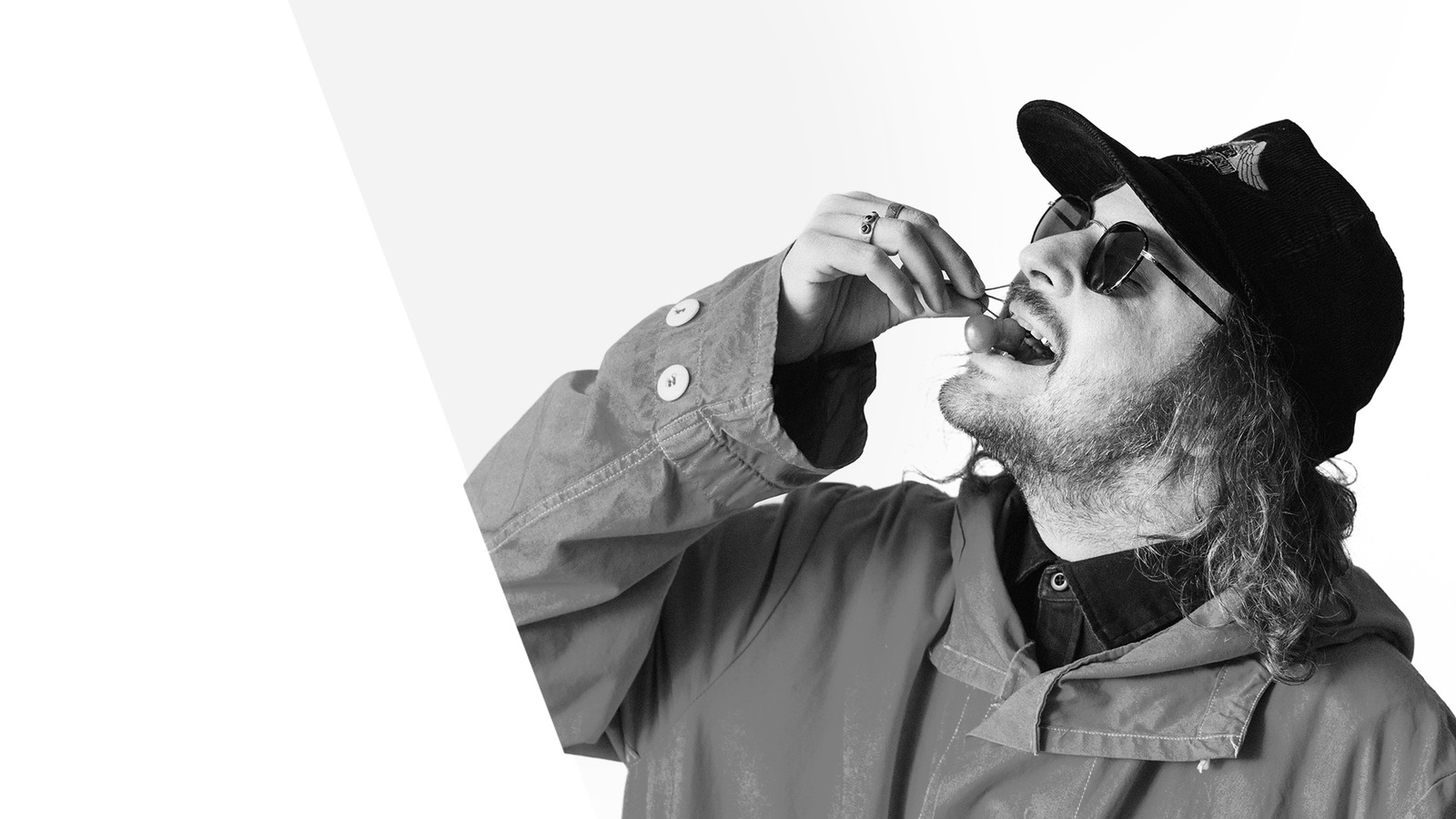 You Feel Me?
Episode 4: King Tuff

Kyle Thomas walks into a room hiding behind baggy clothes, sunglasses, and a baseball cap that are all slightly too bright or cool to actually go unnoticed. The fit is a far cry from the zig zagged Beetlejuice-esque suit he wears on stage, accessorized with a bold bolo tie and cuban link adorned with charms that Mr. T would likely compliment. But still, for those that attempt to separate Kyle from his nom de plum King Tuff, you can rest assured the baggy jacket being Big Bird yellow screams “look at me” as much as the suit. King Tuff isn’t so much of an alter ego as it is Kyle with the amps cranked to 11.

Raised in Brattleboro, Vermont with nothing much else to do, Thomas became a guitar aficionado. A true shredder with licks cosigned by even the crunchiest of distortion virtuosos like J Mascis of Dinosaur Jr. Kyle admits his dad’s record collection had a huge influence on him as a kid, but it may have been his stint at a thrift store that had the biggest impact on his style. He learned about life from the all-woman staff and developed his unique look in a treasure trove of vintage clothes.

Tuff’s new record, The Other, is a major sonic shift from his previous works. The album casts a broad net of influence and a more expansive sonic range than his previous records. It’s contemplative, funky, somber, and danceable from one track to the next. Hear us talk about creating The Other and a ton of other topics while Tuff wound down his latest tour.

10:25 Tuff talks about his musical projects before King Tuff and playing with J Mascis

17:29 Tuff talks about touring with Matt & Kim and gaining a larger following

24:00 Tuff talks about his mystical signing with the Sub Pop record label

32:00 Tuff talks about creating his new album The Other